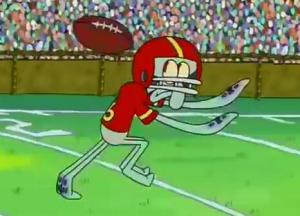 Tonight was Super Bowl 50, a topic I never in a million years dreamed I’d blog about, given that I haven’t been into sports since I made a community center basketball team in 2nd grade. (We were called the Opossums and I was the only girl on the team. I cried when I found out – about being the only girl, not about our unfortunate yet hilarious-in-hindsight name.) As I grew into the alienated and oft-rejected teenager I became, I not only lost interest in sports, but viewed it with active disdain. I would internally scoff at the widespread obsession, wondering why people couldn’t focus their energy into more meaningful pursuits. It was my version of teenage snobbery, most likely born from the years of teasing I endured throughout my childhood from the spoiled jocks and cheerleaders I went to school with. I wanted no part of any aspect of their existence, sports included.

Fast forward to 2 years ago when all of a sudden, through no encouragement from his parents, my son joined our nation’s obsession with sports by taking an interest in our local team, the Panthers. He also tried out for and made his 8th grade football team. And just like that my son drew me into a world I had tried to ignore my entire life. But back to Super Bowl night…

I began the evening reflecting on parenthood, and how my avoidant tendencies are no longer possible when caring for a child who seems to enjoy normal life much more than I ever did; I now know more than I ever thought I would about many aspects of pop music and culture, sports included. Basically, every mainstream thing I tried to run from as a teenager I’m now being exposed to through my child. One surprising result of this is feeling myself actually care about a sports team. I never thought that would be me. Nor did I ever picture myself braving the Buffalo Wild Wings crowd for takeout on Super Bowl night –  especially during a Super Bowl my local team had made it to after a nearly undefeated season. Yet, that’s exactly what I did, because my son wanted the whole Super Bowl experience, his favorite chicken wings included. And as I sat in the packed restaurant waiting for my order, the energy and excitement surrounding me was infectious. Even though it would make my punk rock 16-year-old self die a little inside (LOL…oh, the angst!), I must admit I swelled with small burst of pride hearing fans cheer for the players when they graced the multitude of TV screens surrounding me. Not only does the adult version of me no longer scoff at popular pastimes, I was actually starting to understand their appeal.

In fact, I was looking forward to sitting down with my teenage son as he watched his favorite team compete in the 50th Super Bowl, gorging ourselves on chicken wings while he fruitlessly tried to explain various football plays to me. Again. Because no matter how many times he has tried, I simply cannot understand or retain football information. The rules are boring and confusing, and watching players run and scatter all over the field before piling on each other is incomprehensible to me. It’s visual gibberish. Things happen too quickly, and I never have any idea what is going on. But I like that my son gets excited and tries to share it with me; some teenage boys barely speak to their mothers.

Anyway, as I tried to watch the game while listening to my son complain as our team faltered, I realized my former lack of concern over sports was probably for the best because it stresses me the hell out. Watching your team lose pretty much from the start just sucks. So does feeling the negative vibe of stress and disappointment from people around me. And because I’m me, and I can’t just relax and enjoy something without worry, I thought about the repeated head injuries these players will suffer throughout their careers, and how that might affect their futures in a devastating way. It hurts my heart and makes me feel sick inside. Call it anxiety if you will, but I cannot ignore the dark underbelly of our modern world after my Cipro ordeal. Reality strikes again.

So, instead of trying to learn about and enjoy the game while bonding with my son, tonight I was suddenly, once again, acutely aware of my empathetic nature. I’ve always been a person who feels other people’s energy and absorbs their emotions. My teenage self turned her nose up at so-called meaningless distractions like football, but underneath my snobbery was perhaps a subconscious self-preservation mechanism at work, protecting me from the stress of caring too much. Kind of pathetic, as it’s just a game, but my jacked up nervous system just doesn’t see it that way.

Eventually, I realized I wasn’t having any fun at all sitting there stressed out, watching the Panthers lose, and feeling the tension emanate from my upset child, so I got up to finish my laundry. I also made a mental note to resume daily meditations, because even I realized my overreaction to this type of stress was ridiculous. (Beyond ridiculous, actually; it’s 11:30 now and I’m lying in bed wondering if my heart will ever stop pounding long enough for me to sleep. Update: I wound up getting a whopping 2 hours that night.)

Okay, so, football? Not for me. Just like most sports (probably), action and horror movies, the evening news, and large crowds. Empath status: confirmed.

But that wasn’t my only epiphany. When the Panthers finally lost and my son was so disappointed he couldn’t utter a word, I realized how this sense of deflation contrasted with the excitement and pride we could have felt had they won. And now that the game was over, as well as all the planning and anticipation of a fun evening, tomorrow would just be business as usual. Dejected, I thought of a song snippet from a SpongeBob SquarePants movie that went something like, “Back to my depressing life of quiet desperation.” Now, I’m pretty sure the original quote came from someone more sophisticated than Squidward***, but I’m not intelligent enough to remember who. However it weaseled into my consciousness, the epiphany stands: I understood for the first time the appeal of immersing oneself in so-called meaningless distractions such as football – it can provide excitement and escape from an otherwise depressing existence, IF you’re not a delicate flower like me, that is. Because when I thought about returning to my current life struggles, minus the temporary burst of pride from my team’s Super Bowl win, I felt a distinct sense of dread. Then I found myself wishing I could handle the distraction that is football, so that I could inject these little bursts of excitement into my otherwise dreary life.

All in all, this was an eye-opening evening for me. I suppose I wouldn’t trade it, though I may feel differently when the sleep-deprived nausea and stupor settle in tomorrow. Either way, I should probably figure out how to improve the conditions of my life, or find a more healthy distraction that doesn’t leave me with insomnia and nighttime heart palpitations, because sports isn’t it. I gave it a try, but just couldn’t do it. Maybe I’ll try again someday, if our team ever makes it to the Super Bowl again. I’ll have to work on that empath/delicate flower thing in the meantime, though. Don’t hold your breath.

In other words, my life is kind of stupid.

*** This post’s title is a little throwback to my favorite podcast of all time, the now-defunct Professor Blastoff. You should check it out. Spoiler alert: if you grow to love it as much as I did, prepare for full on mourning once you run out of episodes.  It’s been half a year, and I still miss Tig, Kyle, and David like long-lost, virtual friends.

*** I no longer know how to properly incorporate footnotes into my writing, obviously. Maybe if Bernie Sanders is elected, I can go back to college. My boss was recently discussing the possibility of this foreign-sounding, utopian world involving free college educations, but dismissed it with, “Well, that wouldn’t apply to us, though.” First, like hell it wouldn’t. Second, that’s easy for you to say as an almost-retired former engineer; you’re not the one wasting your life lamenting your lost potential. Me, I’m going back to college. So, there.

*** Google told me the quote “Most men lead lives of quiet desperation” comes from Henry David Thoreau’s “Walden”, a tidbit I may or may not have known before my chemical lobotomy. It sounds familiar. Oh, well. At this point in my depressing life, in the throes of my own quiet desperation, I appreciate the quote far more coming from a curmudgeonly cartoon squid I saw in my early years of motherhood than a well-respected author and philosopher I admired in my teenage years. If I can no longer draw inspiration from Henry David Thoreau, I might as well get it from Squidward. 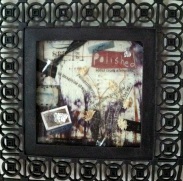 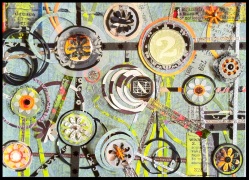 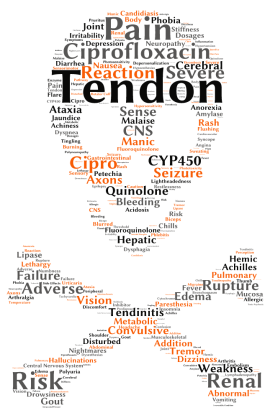 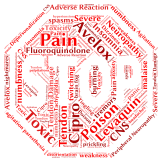 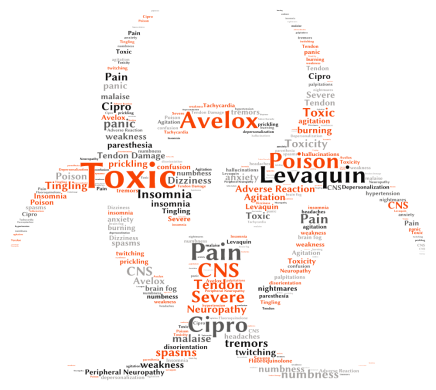